PTFE is engineered for a low coefficient of friction. Bonding a PTFE sheet to other surfaces requires that the surface of the PTFE be modified utilizing a chemical etching process. One manufacturer of bridge bearings, which must allow controlled movement between the bridge deck and piers, relied for years on PTFE fluoropolymer sheets etched by Porter Process, which in 2011 became a part of Technetics Group. The sheets were etched by Technetics Hatfield using our proprietary process and sodium ammonia chemistry. The etch is applied on one side to allow the PTFE to bond securely to a rubber surface to create the elastomeric bearing system. The bearings, used by many state Department of Transportation agencies, must surpass a 4,000 PSI bond strength between the PTFE and the underlying rubber surface.
Several years ago, the bridge bearing manufacturer began sourcing its etched fluoropolymer from a competitor but consistently found that the PTFE peeled away from the rubber backing, and would fail at only 2,000 PSI. This problem persisted even after a visit from the new vendor, who re-etched the material on-site.
While the shelf life for etched PTFE is approximately 12 months, the bearing manufacturer had much older inventory on hand from their previous relationship with Porter Process and found they still bonded securely.
“[The] etching had twice the bond strength, even on material that was 10 years old,” a representative of the bearing manufacturer said. “If stored properly, [the etch] seems to last indefinitely. The competitor’s etching failed on material that was brand new.”
According to Barry Anderson, Technetics Houston’s Sales representative for the Eastern US, there is a quantifiable reason for the difference between the Technetics fluoropolymer etching and the etching chemistry and processes utilized by the competitor.
“Technetics uses a sodium ammonia etching process,” Anderson said. “This process is more aggressive than the sodium naphthalene process used by our competitor, but yields a much better bond strength.”
While Anderson says Technetics’ PTFE etching process is often specified and mandatory for demanding applications like bridge bearings, where the bond must have a high stretch strength to withstand torsional forces as the bridge deck and piers move against each other.
For mission-critical PTFE etching applications like bridge bearings and hazardous chemical tank liners, it is recommended to specify a sodium ammonia etching process.
To learn more about Technetics’ fluoropolymer etching process, download the Etching PDF, or contact a Technetics PTFE Representative for a custom-engineered solution for your application. 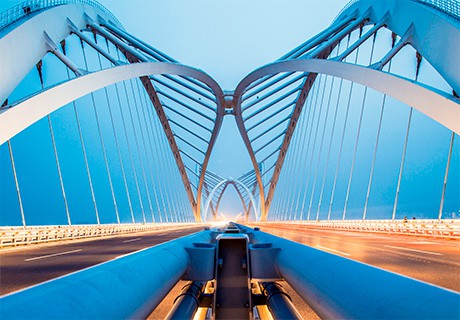